The locals recall that hotel PRAHA bloomed and thrived throughout the whole period of "The First Republic" (1918–1939). It was one of the most favourite destinations of visitors both from Luhačovice and the nearby town of Pozlovice. It was offering top quality services and therefore attracted a wide clientele. 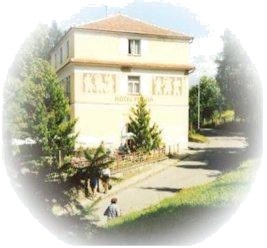 Industrious owners and entrepreneurs Mr. and Mrs. Otiska who had been running hotel PRAHA before the World War II later changed it into a military sanatorium. In those days it was the general of health service Mr. Vlach who held surgery here. There were also regular military brass band concerts taking place.

After the socialization hotel PRAHA devolved upon the unions. For some time it was being used for union members recreation, later on it was used as a dormitory and a training institution for chefs and waiters. The building gradually dilapidated due to a complete lack of repairs and maintenance. Therefore, in 1998, the unions decided to close it together with the training institution it was used by. 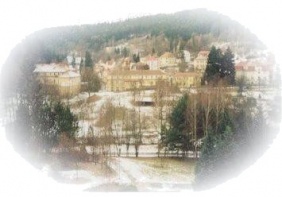 On 1.10.1998 we took over the dilapidated building. In a month and a half we managed to put the hotel restaurant back into service and to build the medical/ therapeutic department. On 18th November 1998 we festively reopened Medical Bathhouse PRAHA together with municipal and health insurance company representatives and many other guests. We started offering low cost stays for unassuming clientele with a view to not only renewing this house's traditions, but gradually reconstructing and changing it into an organic part of Luhačovice spa. We also aimed at opening a non-state health-care facility which would enrich the original building.

Now we can state that Medical Bathhouse Praha has gained a sound position in the market and is gradually winning its stable clientele. Many of our guests have booked a stay at our facility several times already and we hope they will be coming back in the future. Since 1999 to 2000 we have recorded a 28% increase in our clientele. More specifically, we had 1762 guest out of which 1325 took therapeutic procedures. In 2001 most of our guests (82%) were using our therapeutic procedures.

During the years 2002–2009 we have noticed an increase in number of spa patients and private patients, who seek our bathhouse because of the complexity of services and therapeutic procedures we are offering (including a new indoor swimming pool with chlorine-free water). In 2009 therapeutic procedures were used by almost all our guests. Thanks to the enlargement and higher quality of the accommodation capacity we have recorded more than a 100% increase in number of clients since 1999. It seems that our guests are more and more aware of the necessity of prevention and the value of their health. 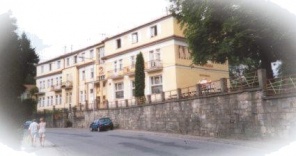 Our business policy is focused mainly on domestic clientele, spa patients, the disabled, senior citizens, fitness and restorative stays and summer family stays focused on therapeutic treatments. Our medical department provides complex services for outpatients who were sent by their own specialists. Among the therapeutic procedures we are offering are i.e. electrotherapy, electro acupuncture, paraffin and mud body wraps, underwater massage, bubble and carbon dioxide baths, various bath additives, inhalation, lymphatic drainage, therapeutic exercise, various massages and many others.

In view of the fact that at the end of the year 2000 we managed to sort out the property relations of the hotel and became its sole owners, we focus on gradually reconstructing and improving the building. We have rebuilt the reception, improved the conditions in the therapeutic department and in the dining room. In 2001 and 2002 we fitted the rooms with telephones, carried out major repairs of water distribution system, waste pipes, central heating and wiring. We have also built sanitary facilities in all the rooms.

We have also replaced the windows and started other works to improve the rooms. In 2003 we decided to connect the two independent buildings and construct an indoor swimming pool and 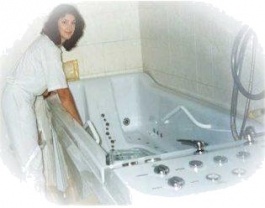 sauna and to enlarge the balneotherapeutic section and other accommodation and therapeutic sections The ground floor with the modern chlorine-free indoor swimming pool was opened for our guests in the spring of 2004. Since July 2005 our guests can relax and sunbathe on the outer swimming pool terrace with deck-chairs and solar showers. Since 2007 an easy-access elevator is in service. In 2008 we opened a new confectionery.

Our primary goal is to maintain a modern facility offering complex and high-quality services all under the same roof. We believe that with the help of our guests and business partners we will succeed. 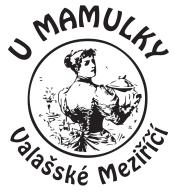 Testimonials
Thanks for Your Care and Thoughtfulness
I would like to thank you all for all the care and thoughtfulness you gave us during our stay. My wife and two of her friends were also extremely ...
(more)
© Copyrigth 2022 Lázeňský léčebný dům PRAHA Site Map  RSS feeds